The Advantages of NVMe SSD technology 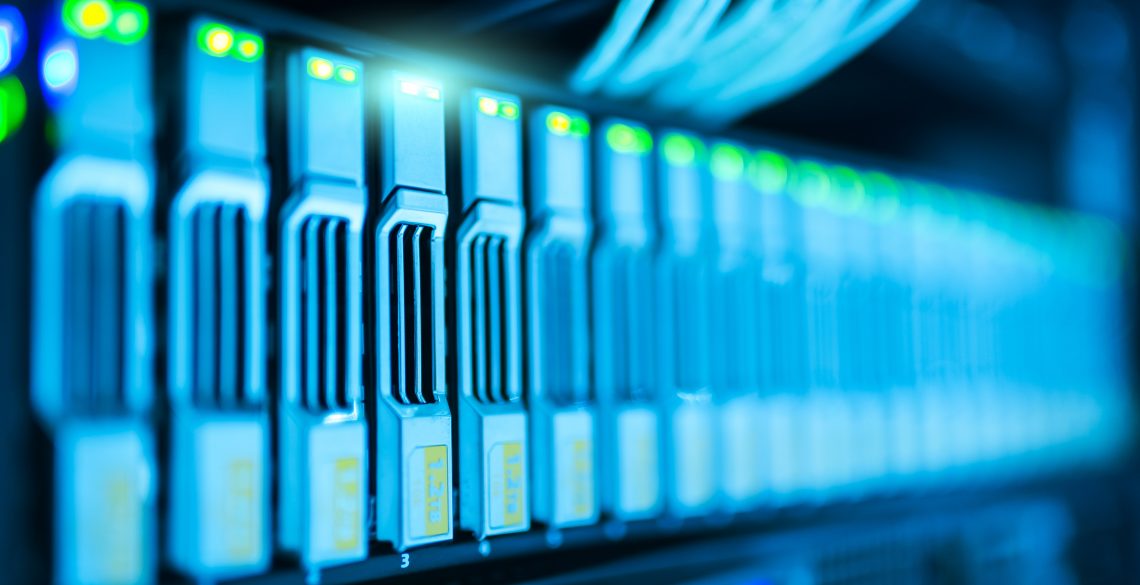 Disk performance has a large impact on the speed of your server and is one of the usual bottlenecks that hamper efficiency.

A faster storage solution will allow quick read and write operations, so that your server will be able to handle an increased workload with the same resources. This is especially important for applications like Odoo, which can really benefit from a faster load time.

In this article, we will explain what the NVMe technology is, how it works and why you should always choose it for your server if you want increased performance.

What is NVMe SSD?

SSD comes from Solid State Drive, a modern storage device that doesn’t have any moving parts. It is also known as a solid state disk for historical reasons, even if it is not actually a disk.

SSD drives are a lot faster than hard disks (HDD) but they used to be very expensive, preventing their widespread use. However, prices have decreased significantly and the gap is relatively small today.

NVMe means Non-Volatile Memory Express, or NVM Express. It was developed as an interface and communication protocol specifically for SSD storage units, in order to take full advantage of their speed.

The speed of solid state drives has increased constantly, eventually reaching the maximum transfer rate of the existing storage interfaces.

While the SATA (Serial ATA) and SAS (Serial Attached SCSI) offered enough bandwidth for conventional hard drives, they became a bottleneck for the modern SSDs that were capable of faster data transfers.

SSD producers needed a quick solution, so they decided to use existing technology. The PCIe (PCI Express) interface was already available as a high-speed bus for various computer cards and it offered excellent performance and low latency. NVMe was designed as a protocol for this modern interface, which is capable of supporting even the fastest SSDs.

How does it work?

It is able to provide a very high I/O rate because it was designed to use thousands of parallel command queues, matching both the speed of SSD drives and the transfer capacity of the PCIe interface.

The protocol is natively supported by all major operating systems, including Linux, Windows or MacOS. This means that no device driver is needed, so another possible performance hurdle is eliminated from the start.

SSD drives that use NVMe are the fastest storage solutions available for your server today. NVMe guarantees very fast data access, which is especially important for modern multi-core computers. Due to the large bandwidth and built-in parallelism, these drives allow multiple cores to execute write and read operations at the same time, with no I/O wait.

Benchmarks show that NVMe interfaces are twice as fast as the best SAS available, and between 4 and 6 times more effective than a conventional SATA port.

An additional advantage of the system is the reduced power consumption, which eventually leads to a lower final monthly cost for the customer. This is also important for home laptop users, since the battery lasts longer.

SSD drives provide numerous benefits over the classic HDD disks, with an access speed that can be up to 100 times faster.

They store the data in flash memory, with no moving parts, so the risk of catastrophic failure is very low. Since there are no moving parts, SSDs do not generate any noise or vibrations while operating.

In addition, SSD drives produce less heat, which translates into improved reliability on the long term. They are also smaller in size than a normal HDD, so more units can be mounted in the same space.

When to choose NVMe SSD

Any server will benefit from faster storage, with an immediate performance boost. However, some use scenarios are more critical than others.

Hosting with NVMe SSD drives is slightly more expensive but the cost is well worth it for applications where fast access to data is critical. For example, random disk access speed is usually the main bottleneck for Odoo, which will always run slow on HDD servers.

Basically any high-performance website or application needs the fastest drives possible, so you should always choose SSD in these cases.

However, there are still situations when classic HDD is the better option. SSD drives are more expensive and have less capacity than hard disks, so they are not a good choice for large storage servers. If you need a very large data space for minimal costs and speed is not a concern, conventional drives are superior.

TMZ’s managed KVM VPS servers are built on the latest technology and offer the fastest storage speeds available on the market. The servers provide enough bandwidth for even the most demanding applications and your site will run faster than ever before. If you want performance above everything else, check out our blazing-fast managed VPS servers today.